Unicorns: prized game for investors on the hunt 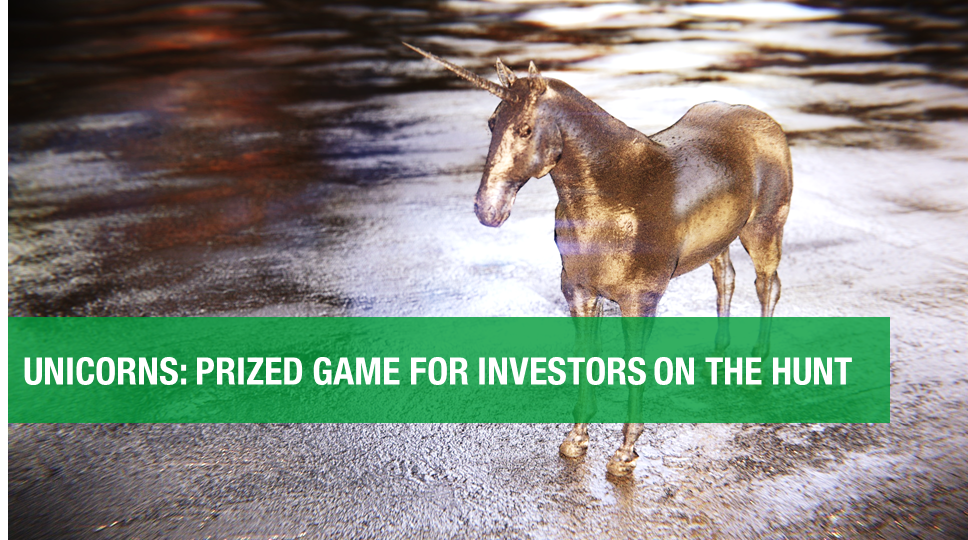 The popular website Airbnb gives travelers to Paris the possibility to stay a few nights in 40,000 different homes and apartments without a single Haussmanian building or bourgeois townhouse in the French capital entered on its balance sheet. Valued at over 25.5 billion dollars, some investors question how this brick and mortar-less company can reach valuation levels only previously reserved for hotel industry elites like the Hilton and Marriott groups. More head scratching occurred when Microsoft recently acquired LinkedIn for about the same amount, 26 billion, after the social network announced disappointing losses at the beginning of the year.

The answer to these perplexing situations lies in the mystical “unicorn” status – a term reserved only for the rare and highly sought after species of start-up companies (mainly tech) worth over 1 billion dollars. In 2015 alone, venture capital firms injected a record 128 billion dollars into unicorn companies. It’s not only VC, though, who are chasing unicorns. Asset managers’ increasing taste for this type of investment contributed to an increase of 44% in the volume of unicorn investments between 2014 and 2015.

But why is the unicorn so prized by investors? The simple answer is the return on investment that this type of company can afford. Since the financial crisis in 2008, interest rates have been down across the board for more traditional investment products, but unicorns can offer rates of return which go far beyond what is found on the market today. However, if all the unicorns were to stage an IPO at the same time and at their current dizzying levels of valuation, there simply would not be enough capital on the market to buy up all of their shares. Venture capital firms are aware of this, and must therefore tread carefully towards well-conceived exit strategies.

It’s important to understand that not all unicorns are created equal. An over-evaluated unicorn is especially vulnerable to macroeconomic market forces such as increasing interest rates. Investors need to track and trap the right unicorn, that special one whose multi-billion dollar valuation will not disappear overnight in a puff of pixie dust. Investors should be looking for unicorns with a little more meat on their bones. That is to say, sound financial footing and a realistic performance outlook. Our example unicorn, Airbnb, posted higher than expected revenue for 2015; it’s a sign that this one may be the real thing. The reality is that most unicorns have not yet reached their break-even point. Even our robust specimen, Airbnb is still in the red, posting a 150 million dollar loss in 2015.

Unicorn companies bring with them exciting concepts and innovative consumer models. Their rise has shaped the way we buy, but also the way we sell. Unicorn company Uber for example, lets private individuals harness an asset, in this case a vehicle, and use it to create value. Airbnb uses the same model applied to real estate. These companies are hubs of connection – a direct pipeline from crowd-sourced supply to mass demand in a few clicks. In this Sharing Economy,we’ve thrown the middleman right out the window. Even if today more revenue is still generated from the traditional economy of hotels and taxis, analysts predict that in 2025, the sharing economy will have caught up and each sector will be worth 335 billion dollars.

The high valuations of unicorn companies are in part due to their lightning quick ability to expand, evolve and adapt to breakneck pace at which the market moves. This gives them a competitive advantage over the traditional brick and mortars whose expansion requires much more than a couple extra servers and some additional bandwidth. Brian Chesky, founder of Airbnb illustrated this point quite clearly with a tweet back in 2014:

Traditional hotel chains require heavy capital investment of all kinds, especially human capital. At Airbnb, employees are mainly tasked with running a website. This business model gives Airbnb a figure of $250,000 revenue/employee while Hilton’s sits at $68,000 revenue/employee. Airbnb takes a commission from both the owner (3%) and the guest (9%), but Airbnb does not have to hire staff to clean rooms, greet guests, make repairs, update ugly furniture, etc. This fact leads to higher future margins for Airbnb, thus creating those stratospheric valuations.

There are 168 unicorns currently wandering our economic landscape. Even if our economy is pushing towards unicorn-friendly business models, the unicorns are still going to have to adapt to an increasingly harsh and unstable macroeconomic environment. Low interest rates, unicorn fodder, may be in danger of drying up. And as unicorns compete for increasingly scarce resources, the weakest will be the first to go, leaving the more financially robust unicorns such as Airbnb, Uber or perhaps LinkedIn to flourish. For an investor on the hunt, now may be the best time to try and catch the right one.